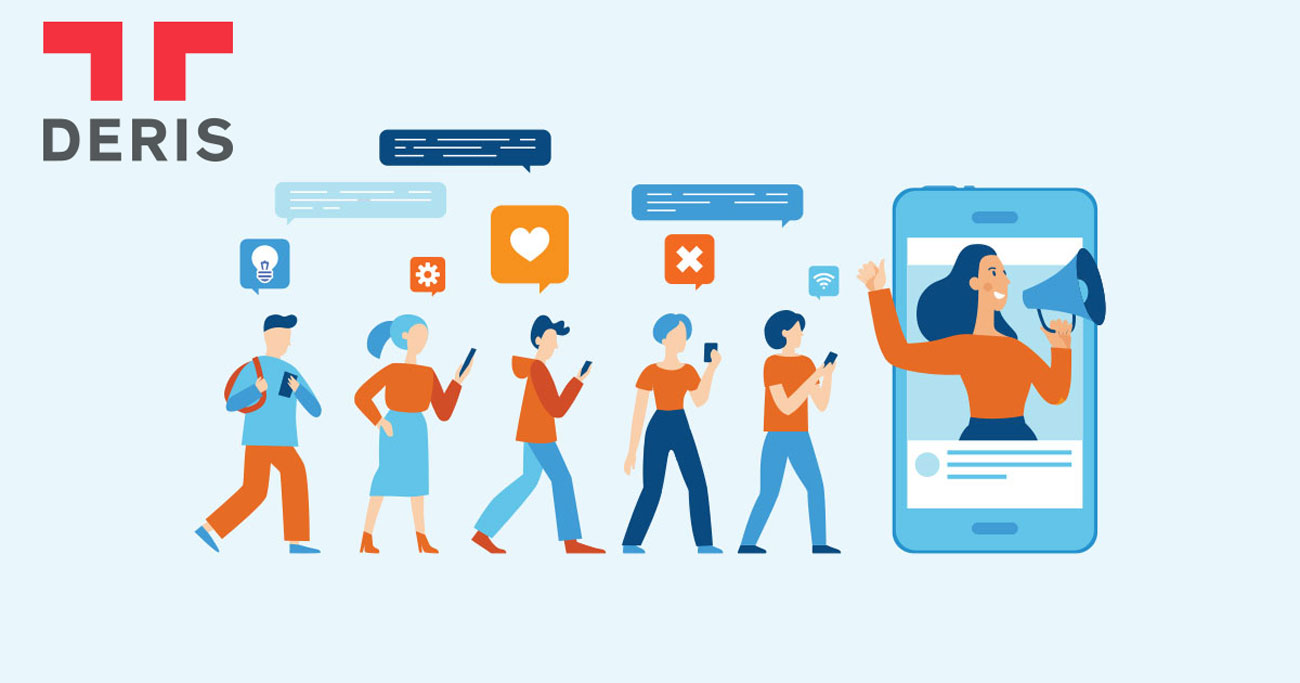 What is a Social Media Influencer?

The term “social media influencer” or simply “influencer” has become very popular in the recent years.  But, what does it mean to be an influencer? An influencer is commonly described as “someone who affects or changes the way that other people behave, for >example through their use of social media” [1].

As seen from the figures above, though being an influencer generally starts off as entertainment or self-amusement on social media, it becomes more of a business every day, given that the influencers receive income via the advertisements placed on their posts through collaborations with third party companies. This is why the influencers are becoming the subject of the regulatory rules as any other business holders, even though they do not fit the traditional definition of one.

Protection of the Image of an Influencer

On the other hand, the image of the influence and the content created is protected via copyright under the Law on Intellectual and Artistic Works, since it can be considered as a work of art. An influencer’s work is subject to the rules on unfair competition as per the Turkish Commercial Code.

Lastly, the brand and name created by the influencer can be a subject to trademark law as per the Industrial Property Law no. 6769, if it become sufficiently distinctive and indicates a certain standard or quality regarding certain good and/or services.

Legal Framework relating to the Advertisement of Influencers

For many years, influencers were not subject to any regulations, as they could not be placed in any category. However, in the recent years, their activity on social media has started to be considered as subject to regulative rules, especially the advertisements placed on their posts. Accordingly, several national courts in Europe (especially in Germany) have evaluated the matter of social media advertising and set forth some rules with which all influencers must abide by. Even though Turkish courts are yet to render their opinion on the matter, there are some general regulative norms which the influencers shall follow as these rules apply to all advertising activities: advertisement law, fair competition rules and tax regulations.

Furthermore, one of the most common ways in which the influencers advertise products/services is to hold out raffles or free give-aways to catch the attention of the consumers. Pursuant to the Article 15 of the abovementioned Regulation, products/services distributed through a raffle or give-away competition shall comply with the quality of the pledged products/services and meet the level of reasonable expectation of the consumers. This provision ensures that even though the consumers receive the product/service free of charge, the influencer is still under the obligation to fulfill their duty and duly deliver it with the promised quality.

Lastly, depending on the professional capacity of the influencer, the advertisement published on their social media platforms can also be subject to the rules of endorsement as per the Article 16 of the Regulation. Pursuant to this, the advertisement shall not include any endorsement which is not based on the experience, knowledge or research results of a person, institution or organization.

Second regulative area which affects the advertisement of the influencers is the rules prohibiting unfair competition. The Article 54 et seq. of the Turkish Commercial Code (“TCC”) ensures the protection and maintenance of fair competition. Accordingly, before anything else, advertisements published on social media by influencers shall comply with the principles of good faith.

Moreover, it shall not be defamatory, misleading, insulting towards the products/services of a competitor company. Therefore, although it is permitted to publish comparative advertisements in some limited cases, an influencer shall not post an advertisement which only serves the purpose of defame a rival company by vilifying their products/services.

Last but not least, an influencer shall not create unfair competition by placing advertisement of a product/service confusingly similar to another company which is also protected by industrial or intellectual property rights. Article 54 of TCC specifically prohibits the act of taking such measures to confuse the consumers. Therefore, in such case, an influencer shall be liable alongside of the company for which they posted an advertisement on their account.

Complying with the Tax Duties

Third aspect of the legal framework which affects the influencer advertisement is without a doubt the tax regulations. In Turkey, commercial activities are subject to the many types of taxes, most significant of which being the income tax. According to the Income Tax Act and a special notice [3] issued by the Revenue Administration in 2016, whether a person’s income should be subject to income tax depends on the existence of three elements: having commercial income, having receiving the income within an organization and continuity of the commercial activity.

Firstly, given that the income received by the influencers comes from advertisement, it is undoubtedly accepted as commercial income. They promote a product/service which contributes to the sale of that specific product/service and increase the revenue of the advertising company. As for the requirement for receiving the income within an organization, the influencers work on social media platforms using their cell phones, camera, computer etc. Therefore, they work within an organization and utilize tools and/or capital to receive their income. Last but not least, their work on the social media continues during a tax period through many different collaborations and advertisement works. Therefore, their commercial activities proceed in continuity within the framework of an organization. In short, existence of all these three elements renders the social media influencers subject to income tax under the Turkish Law.

Advertisement and business of social media influencers become increasingly more popular and widespread all around the world. While some jurisdictions have taken interest in this change in advertisement industry and began to evaluate and categorize it alongside of the more traditional methods of advertisement, the others, e.g. Turkey, have not been very progressive on that area. However, in a globalizing world, it is imperative to establish the ground rules for such an expending branch of business via either legislation or precedent decisions of courts.