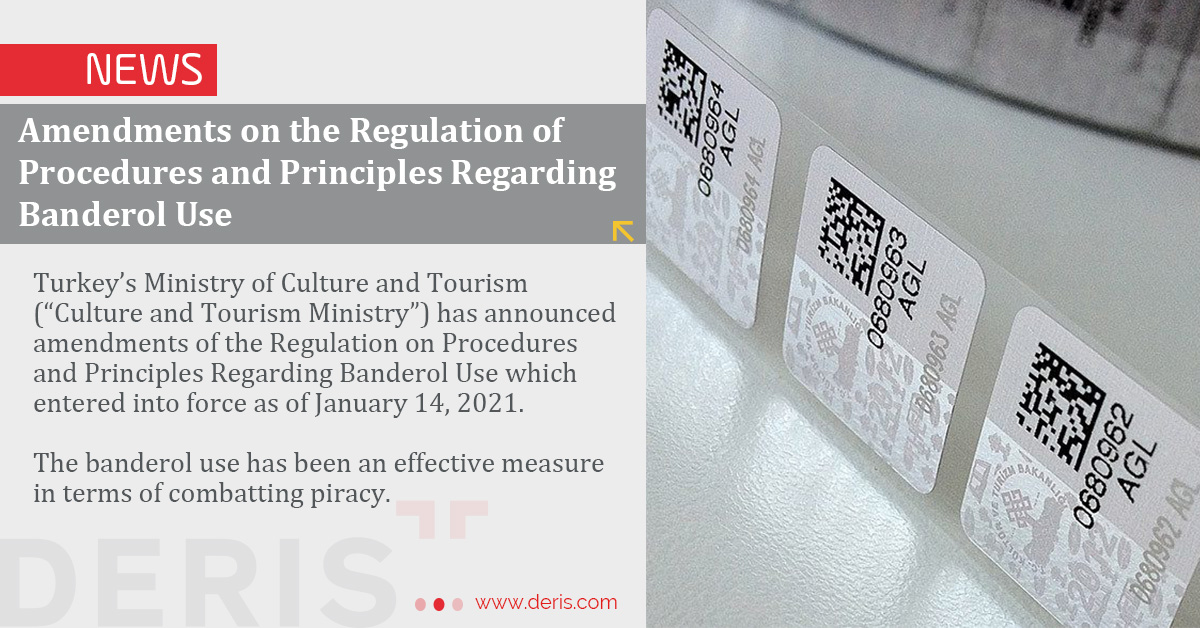 Amendments on the Regulation of Procedures and Principles Regarding Banderol Use

The banderol use has been an effective measure in terms of combatting piracy.

Key arrangements in the Regulation including the amendments as to the use of banderol are:

The regulation also includes amendments as to the procedures and principles of the provincial inspection commissions operating under the governorships to perform banderol inspections. Inspection commissions will be entitled to conduct ex-officio or upon notice inspections in accordance with the obligations of banderol use. During these inspections, the law enforcement officers will be entitled to use their powers under the provisions of the Criminal Procedure Code and Police Powers and Duties Law. The confiscated materials within the scope of crimes as to the use of banderol will be destructed as per the Regulation on Criminal Possession.