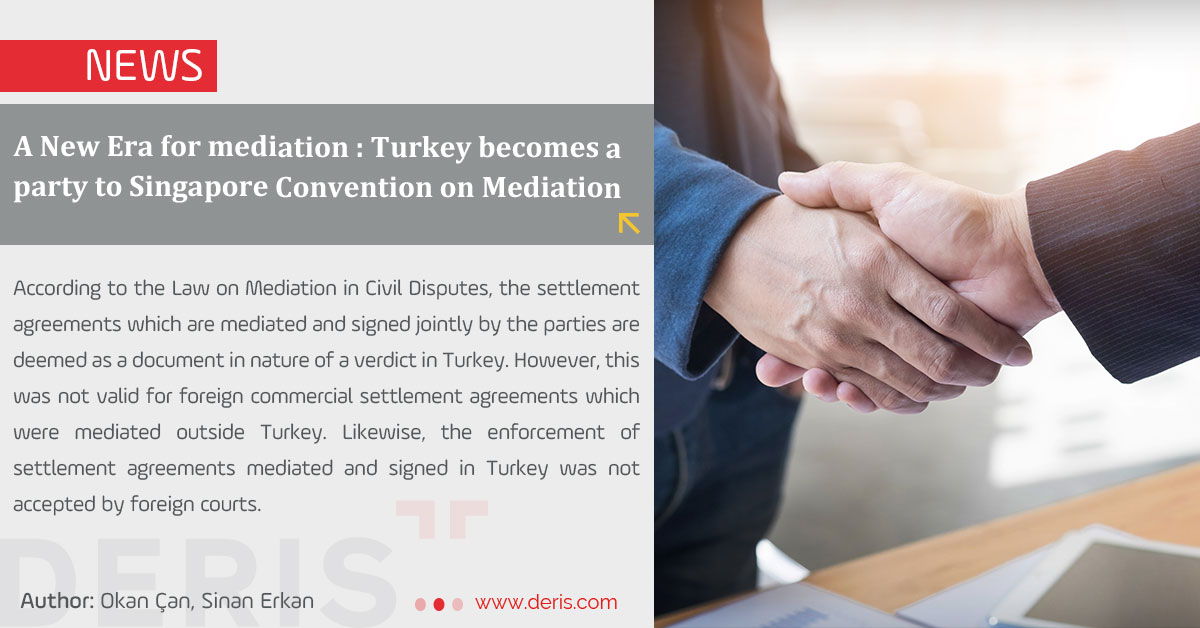 A New Era for mediation : Turkey becomes a party to Singapore Convention on Mediation

Being party to Singapore Convention will evidently value the settlements obtained through the WIPO ADR which offers an effective mediation with a rich specialized neutrals with deep IP expertise by providing the enforceability to such settlements.

Within the framework of "Meet the Sponsor Day", which will take place before the congress, we will share our experiences on the following six topics, one hour each, on Tuesday, October 12th.

We will keep sharing the progress here.