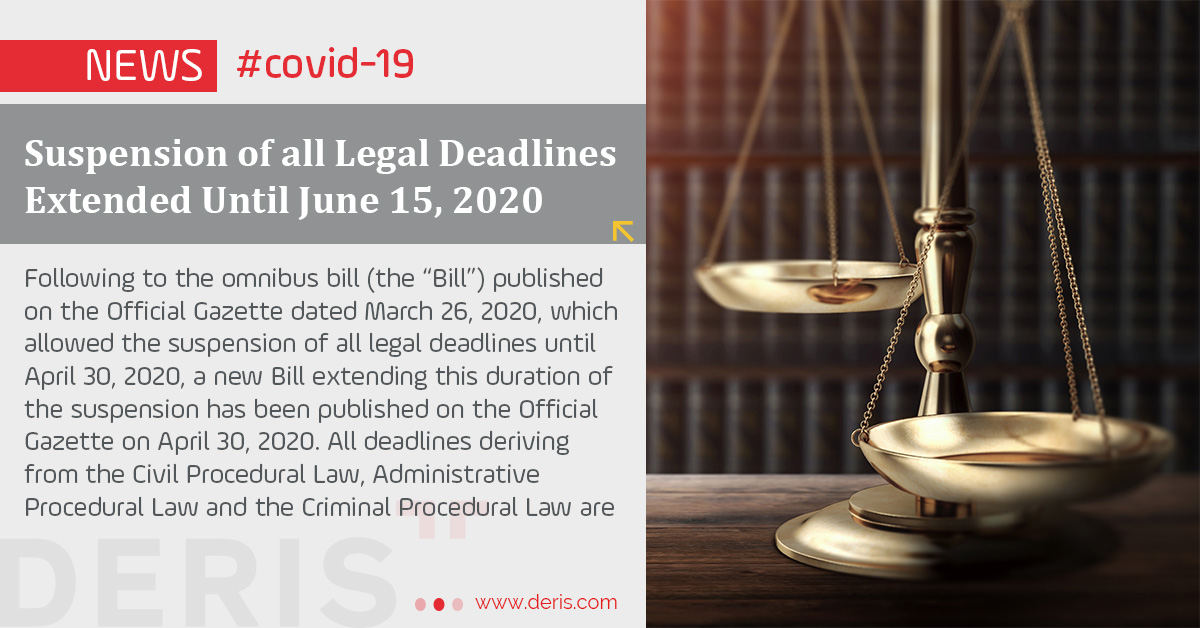 Suspension of all Legal Deadlines Extended Until June 15, 2020

According to this new Bill, all deadlines related to creation, use or termination of a right, including but not limited to:

Furthermore, the deadlines deriving from the Bankruptcy and Enforcement Law or determined by the judges or execution officers to this aspect, as well as the deadlines for the institution of execution proceedings or for the on-going execution and bankruptcy proceedings, except for the ones related to alimony claims, are all retroactively suspended as of (including) March 22, 2020 until (including) June 15, 2020.

What are the exceptions?

The exceptions remained the same as determined by the previous Omnibus Bill dated March 26, 2020. As such, the following deadlines shall not be affected by the Bill:

Will be there any further suspensions?

The new Bill does not indicate or imply any further suspensions. In fact, it is stated in the decision that if the spread risk of the pandemic disappears before 15 June, this date will be re-evaluated.