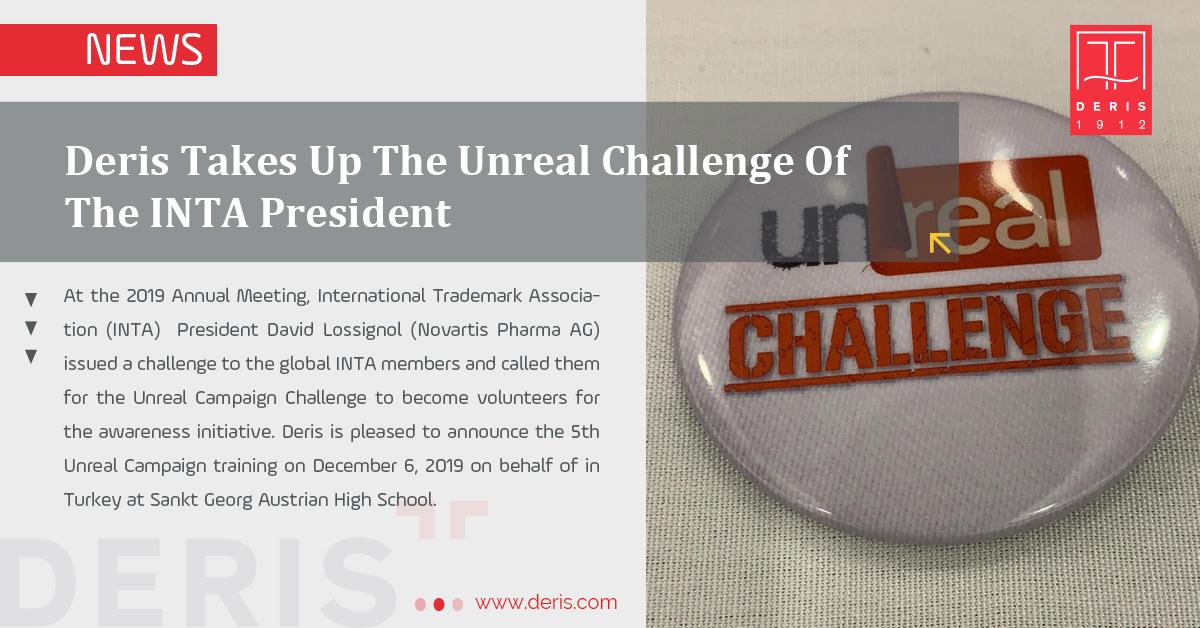 Deris Takes Up The Unreal Challenge Of The INTA President

At the 2019 Annual Meeting, International Trademark Association (INTA) President David Lossignol (Novartis Pharma AG) issued a challenge to the global INTA members and called them for the Unreal Campaign Challenge to become volunteers for the awareness initiative.

Deris is pleased to announce the 5th Unreal Campaign training on December 6, 2019 on behalf of in Turkey at Sankt Georg Austrian High School.

The training started by the Deris volunteers Ogulcan Irfan Cirpan with an introduction concerning the INTA and the Unreal Campaign, continued with the presentation of two Deris volunteers; Associate Soley Oygucu and Managing Partner E. Kerim Yardimci who explained the definition of the trademarks and how they are protected. The presentation followed by an interaction discussion on the genuine and fake products and the unfavorable consequences of buying counterfeit products.

Deris will continue to hold events in the following months for Unreal Campaign.

INTA's announced Unreal Challenge seeks to identify at least 100 INTA members by December 31, 2019, to volunteer to educate 2,000 young consumers (ages 14-23) around the world about the dangers of counterfeit goods and the importance of trademarks and brands. The Challenge is in furtherance of the Unreal Campaign, which has already reached nearly 40,000 youths since its launch in 2012. Deris has been supporting the campaign through its internal team since 2018 in Turkey.