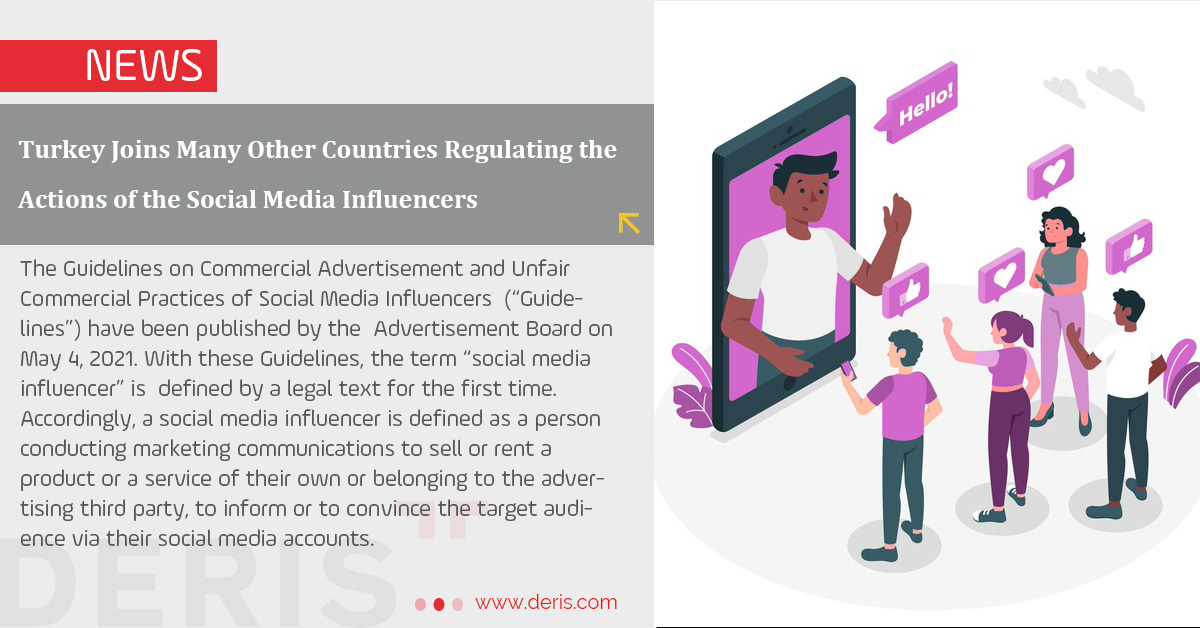 The Guidelines bring forth several new obligations for social media influencers (“influencers”) while maintaining the already existing rules for commercial advertisement and unfair commercial practices. Accordingly, as the general rule, it is stated that the influencers are subject to provisions of the Law on Protection of Consumers no. 6502 (“Law”) and the Regulation on Commercial Advertisement and Unfair Commercial Practices (“Regulation”), just as any other persons providing goods or services to the consumers are.

The Guidelines state that video sharing platforms such as Youtube or IGTV are subject to special provisions since they allow live streaming. Accordingly, in a live video, the influencer shall inform the consumers without making them click on “read more” that the video contains an advertisement for the products or services of a third party by one of the following declarations:

Advertisements on Photo or Message or Snap Sharing Platforms

For the post shared on photo or message sharing platforms such as Instagram, Facebook, Twitter or Snapchat, the influencer shall include at least one of the following declarations containing the information on the name, trademark, trade name belonging to the advertising third party:

Obligations of the Advertising Third Party

The advertising third party shall also make sufficient efforts to ensure that the influencer fulfils their obligations, and they shall take necessary precautions against breach of these obligations by the influencer.

It goes without saying that, as merchants, the advertising third party is also subject to the rules of unfair competition, commercial advertisement and unfair commercial practices stated in the Law and the Regulation.

It is promising that Turkey acknowledges the existence and impact of the social media influencers on fair commercial practices and the competition in the market. Newly implanted rules are similar to those enforced by other jurisdictions of the world. Such unified approach facilitates the advertisement of products or services across the globe. However, the effective enforcement of these rules are yet to be seen, as they will be revealed by the case by case approach of the Advertisement Board.