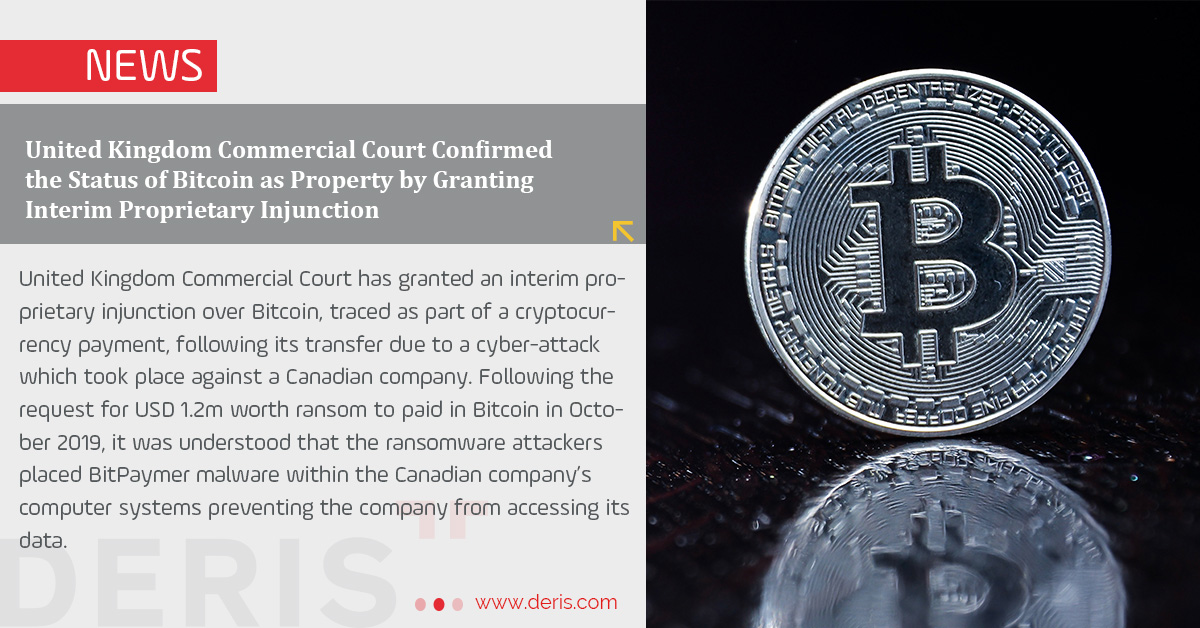 United Kingdom Commercial Court has granted an interim proprietary injunction over Bitcoin, traced as part of a cryptocurrency payment, following its transfer due to a cyber-attack which took place against a Canadian company.

Following the request for USD 1.2m worth ransom to paid in Bitcoin in October 2019, it was understood that the ransomware attackers placed BitPaymer malware within the Canadian company’s computer systems preventing the company from accessing its data.

Following the tracking of most of the traceable Bitcoin transfer to a cryptocurrency exchange account by investigators, the English insurance company requested a proprietary injunction from the competent English Court to seize the remaining Bitcoins from the transfer and reveal the identity of the parties responsible as to the hacking incident.

Among other judgements, the competent Court decided to grant proprietary injunction by indicating ““a form of property capable of being the subject of a proprietary injunction” concluding in doing so, that crypto assets met an established common law test for property: “definable, identifiable by third parties, capable in their nature of assumption by third parties, and having some degree of permanence” over the subject Bitcoin confirming the approach that Bitcoin and possibly other crypto assets has property nature.

According to this decision, considering their property nature, Bitcoin and other crypto assets would be subject to injunction orders as an effective remedy to reduce risk for hijacking and any further damages to occur before the finalization of the Court actions.