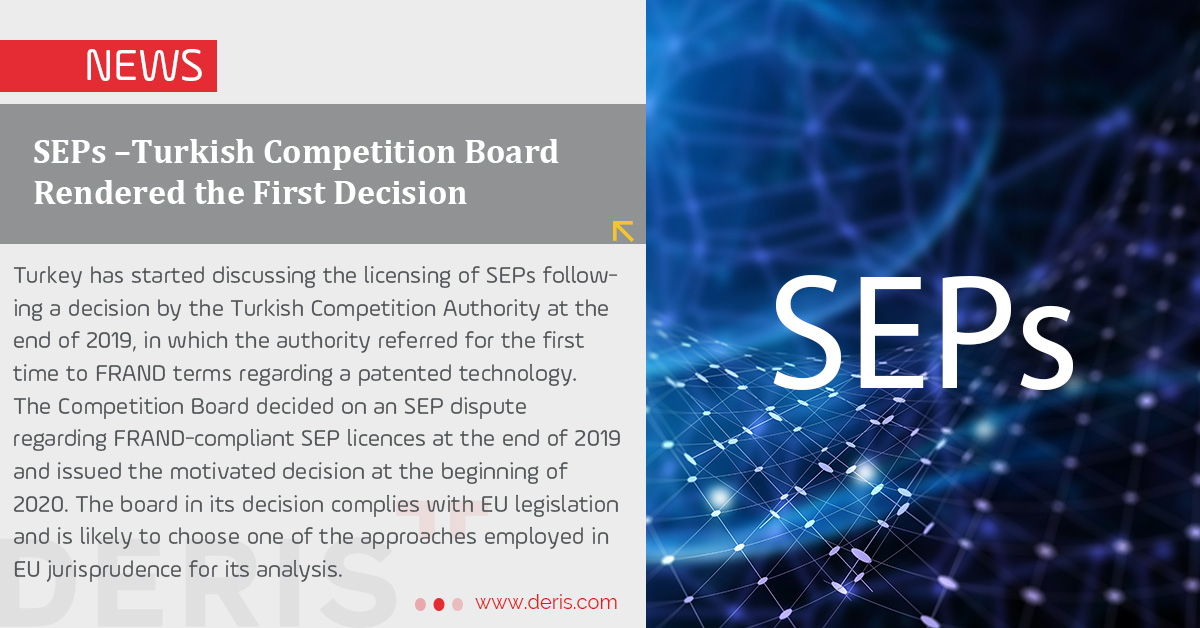 The debate over finding a legal framework for the enforcement of SEPs has been one of the hot IP topics of 2020. The German Federal Supreme Court’s recent ruling on FRAND rules for SEPs in *Sisvel v Haier* based on the European Court of Justice’s (ECJ) landmark *Huawei v ZTE* ruling has brought new dimensions to the debate – the discussion is far from over.

Turkey has started discussing the licensing of SEPs following a decision by the Turkish Competition Authority at the end of 2019, in which the authority referred for the first time to FRAND terms regarding a patented technology.  The Competition Board decided on an SEP dispute regarding FRAND-compliant SEP licences at the end of 2019 and issued the motivated decision at the beginning of 2020. The board in its decision complies with EU legislation and is likely to choose one of the approaches employed in EU jurisprudence for its analysis.

The board issued no rulings concerning SEPs before the 2019 decision. It has, however, in the past issued a decision concerning the standardisation of a technology in *Yonga Levha* (Competition Board 03-56/650-298, 14 August 2003). The decision is an example of the conflict between technical standardisation and antitrust regulations in Turkey. The decision was addressing the potential anti-competitive conduct between competitors by changing technical standards in the particle board and chipboard sector. While evaluation of discriminatory behaviour by the collaborators is made during the investigations, the case does not refer to SEP licences or FRAND terms in depth.

In the current Competition Board decision – for which the motivated decision was issued in 2020 – the board decided that there had been a breach of competition by the SEP owner on grounds of abuse of dominant position in the relevant market – including:

Correlations between intellectual property and competition law and anti-competitive behaviour concerning IP litigation and transactions, were discussed in the board’s reasoning via the economic valuation test and FRAND principles. The board also referred to *Huawei*and relevant ECJ case law in its decision.

The current decision is important in constituting a landmark decision concerning SEP licensing by the board and is likely to be considered as a reference in upcoming SEP disputes.