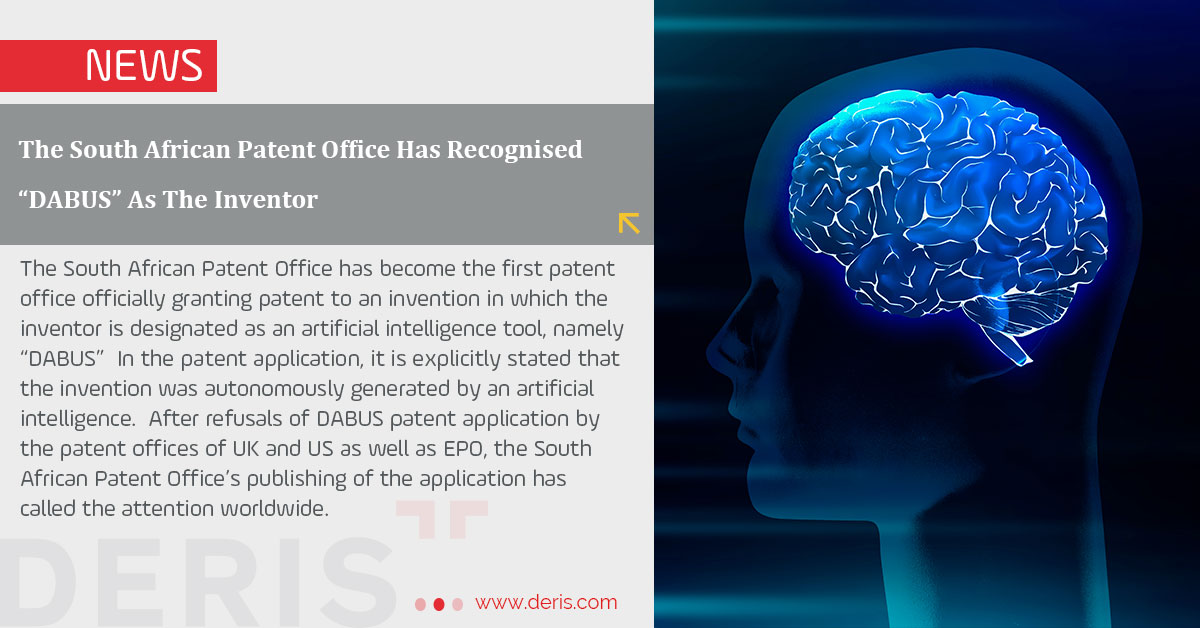 The South African Patent Office Has Recognised “DABUS” As The Inventor

The South African Patent Office has become the first patent office officially granting patent to an invention in which the inventor is designated as an artificial intelligence tool, namely “DABUS”

In the patent application, it is explicitly stated that the invention was autonomously generated by an artificial intelligence.

After refusals of DABUS patent application by the patent offices of UK and US as well as EPO, the South African Patent Office’s publishing of the application has called the attention worldwide.

It is worth noting that in the WIPO filing, the WIPO had accepted the designation of “Dabus, the invention was autonomously generated by an artificial intelligence”as the inventor; therefore, as the application before the South African Patent Office was made on the basis of WIPO designation pursuant to the Patent Cooperation Treaty, the South African Patent Office was in fact required to accept Dabus as the inventor.

This application is now open to objections on the grounds of patentability.

The inventorship for inventions made using AI was one of the hot topics for last few years and it was also one of the study questions for AIPPI World Congress 2019. As the use of AI, especially in pharmaceutical and technology sectors increases, inventorship of such inventions gains higher importance since after such large investments to inventions, companies would have the desire to be granted patent and enjoy 20 years of monopoly for such.

Within the framework of "Meet the Sponsor Day", which will take place before the congress, we will share our experiences on the following six topics, one hour each, on Tuesday, October 12th.

We will keep sharing the progress here.