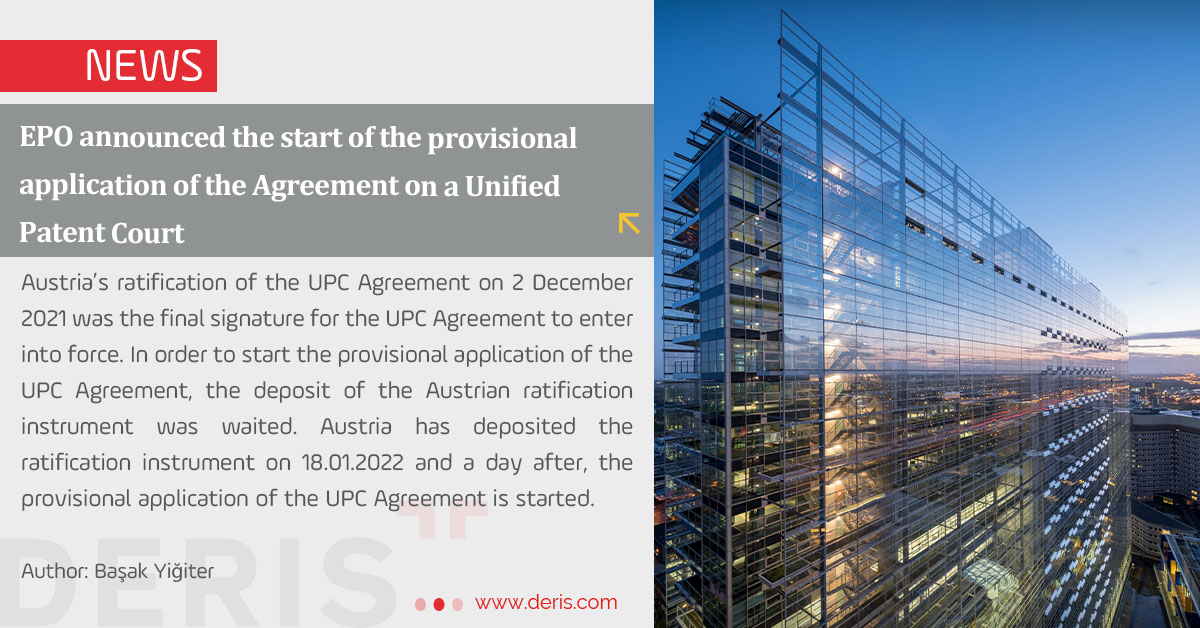 The EPO has announced that The Protocol to the Agreement on a Unified Patent Court (UPC) on provisional application (PPA) entered into force on 19 January 2022.

“With the start of the provisional application, the Unitary Patent will now become a reality.” said EPO President António Campinos. It is estimated that the provisional application period would last around 8 months in order to complete all technical and infrastructural preparations such as the IT system, the employment of legal and technical judges. Thus, the operation of the Unitary Patent System can be started, certainly after the ratification of Germany. Once Germany deposits their ratification, the System will start on the first day of the fourth month after the month of that deposit.

However, it should be noted that Spain, Croatia and Poland will not be participating
the System. Likewise, the non-EU member states but members to the EPC such as Turkey will not be able to participate. The “traditional” European patent system will continue to be applied for said jurisdictions.