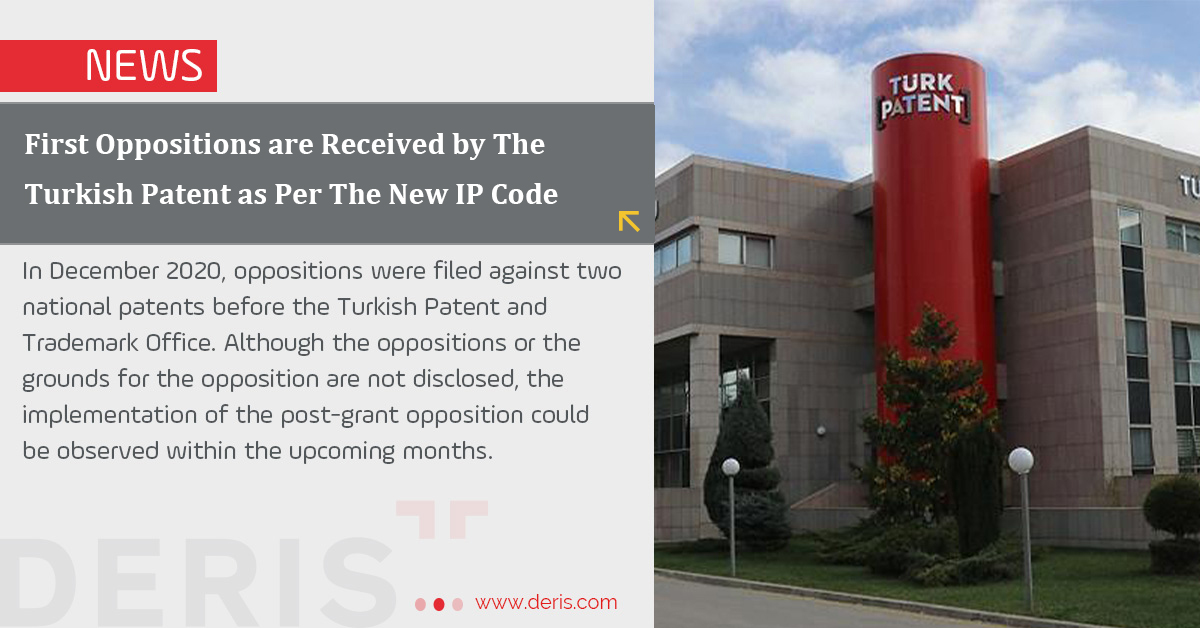 In December 2020, oppositions were filed against two national patents before the Turkish Patent and Trademark Office. Although the oppositions or the grounds for the opposition are not disclosed, the implementation of the post-grant opposition could be observed within the upcoming months.

Post-grant opposition was introduced by the IP Code enacted in 2017. Accordingly,

Oppositions are notified to the patent owner who may file counter arguments and amendments. The outcome of an opposition can be the refusal of the opposition, the maintenance of the patent or the grant decision as amended. The decision of the Office can be objected within two months before the IP courts by the parties.